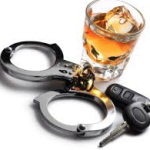 Driving while intoxicated (DWI) is against the law in every state in the union. In the state of Texas, it is a serious crime and there are comprehensive laws listing punishments for DWI. Generally, the costs involving a DWI charge are significant.

If you are a first offender, your DWI may be rated as a Class B misdemeanor with a fine up to several thousands of dollars with a possible sentence of seventy-two hours to six months in jail. At the time of arrest, if the driver of the vehicle has an open bottle of alcohol in the vehicle, there is an automatic sentence of at least six days in jail. There is also a possibility of having to complete a sentence of community service, In some instances, the judge may require counseling, such as Alcoholics Anonymous.

A second DWI offense is a Class A Misdemeanor. Fines can be up to four thousand dollars with a possible sentencing of one year in prison. The second offense usually results in the suspension of the drivers license from six months to two years.

If someone has a third DWI charge, the penalties are quite severe with a fine of up to ten thousand dollars and possibly ten years in prison. The court considers third offenders to have serious problem with alcohol consumption and generally order rehabilitative treatment.